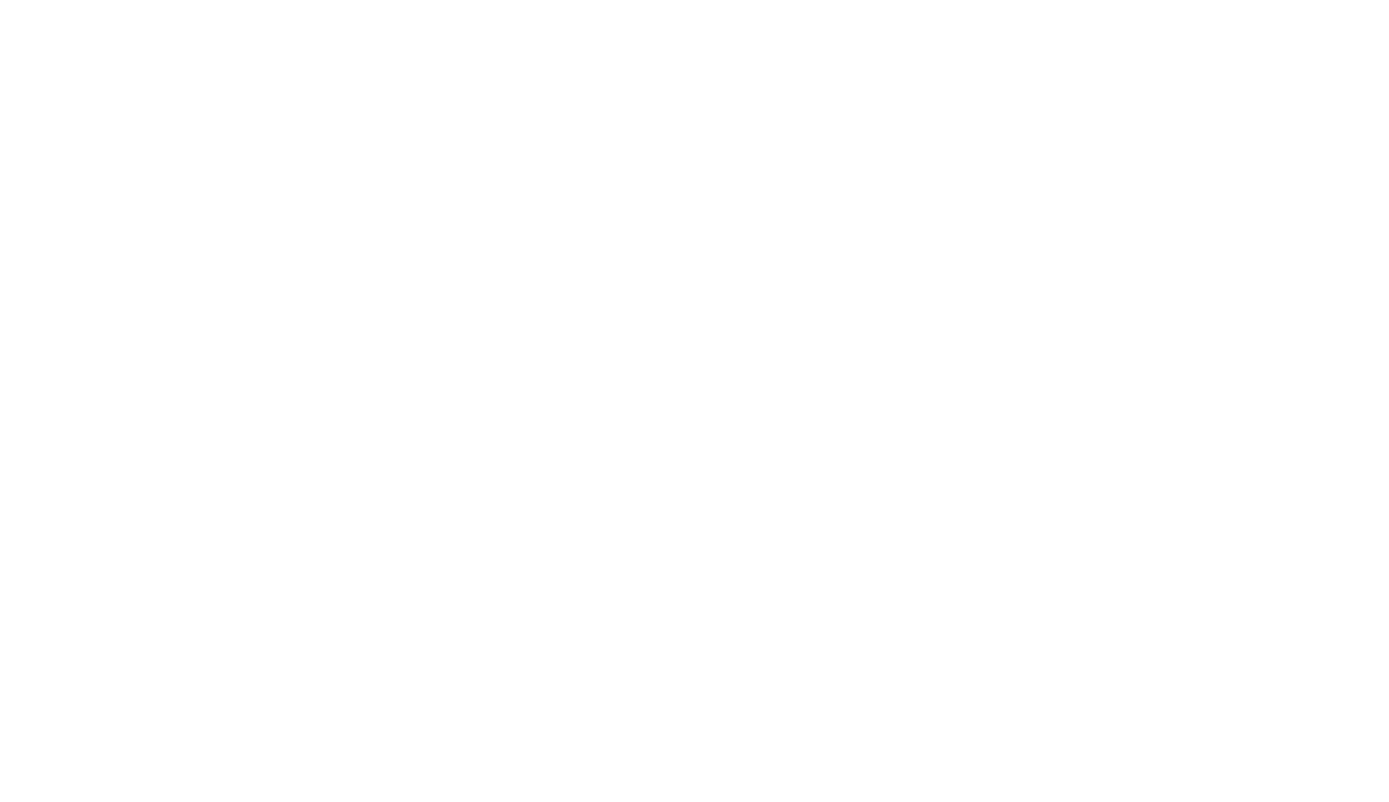 In the first edition “From Success to Hardship” of our series of publications “C-19 Chronicles Life & Business in Vietnam”, we depicted the hardships Vietnam has been facing since late May 2021 as a result of a fast-spreading outbreak of COVID-19 cases in the country.

This second edition “Living with the Virus – Preserving the Economy” provides further insights into the impact of the pandemic by focusing on the country’s key economic sectors: the industrial and export sectors.

Over the past decades, Vietnam has emerged as part of the new generation of Asian Dragons, relying upon its industrial and export sectors that have proven to be the engines for its rapid development and continuous economic growth, particularly since its accession to the WTO in 2007, as demonstrated by the following impressive figures:

Increasing exports to the US, supply chain relocations from China (resulting from the US-China tariff war), a foreign investment attraction policy and a pro-trade stance with FTAs recently concluded with the European Union (EVFTA), the United Kingdom (UKVFTA) and ASEAN+5 (RCEP), were some of the main factors behind high expectations for this momentum to continue in the coming years.

Since June 2021, however, the severity of the current outbreak has led Vietnam to face a challenge: maintaining economic activities and preserving the economic gains of the last two decades while at the same time ensuring effective nationwide healthcare and safety policies.

This has proved to be particularly difficult due to the highly contagious Delta variant, the country’s high population density of over 308.143 per square kilometer (much higher than most European countries), and its densely crowded industrial zones.

Provincial People’s Committees are to then issue their respective official letters to implement the said directives locally. 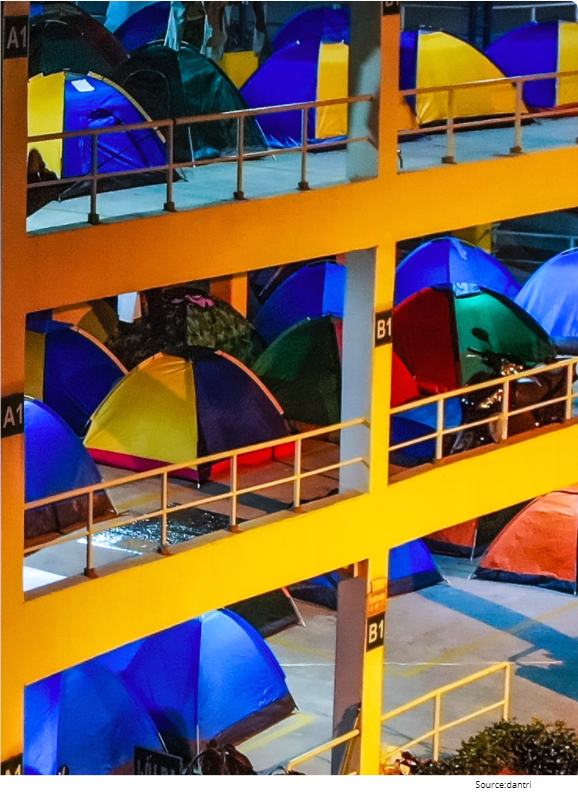 With the now nationwide implementation of the strict people mobility restrictions under Directive 16, the Vietnamese authorities have directed their efforts to maintain industrial production activities by giving vaccination priority to factory workers and allowing them to be present on worksites. As of June 2021, industrial businesses have been offered to implement the following models as a condition to operate:

The implementation of these models is subject to prior approval by the competent authorities on a case-by-case basis and the strict observance of pandemic prevention and control measures.

While such models have been successfully applied in the northern industrial regions of Bac Giang and Bac Ninh, where major multinationals have funded projects to build electronics (including Samsung, Foxconn, Luxshare), several sites in Ho Chi Minh City and other southern provinces have been forced to shut down after detecting COVID-19 cases.

The enforcement of these strict restrictions has inevitably led to severe disruptions of supply and production chains, an overall decline of production and rising costs resulting from labour and raw material shortages.

The Purchasing Managers’ Index for Vietnam, made by economic data provider IHS Markit from responses to monthly questionnaires sent to a panel of purchasing managers, fell to 40.2 points in August 2021, a 5.5 year-on-year decrease (45.7 points in August 2020). Nonetheless, confidence in August 2021 is still higher than during the initial lockdown in April last year (32.70 points), which could be attributed to the following: 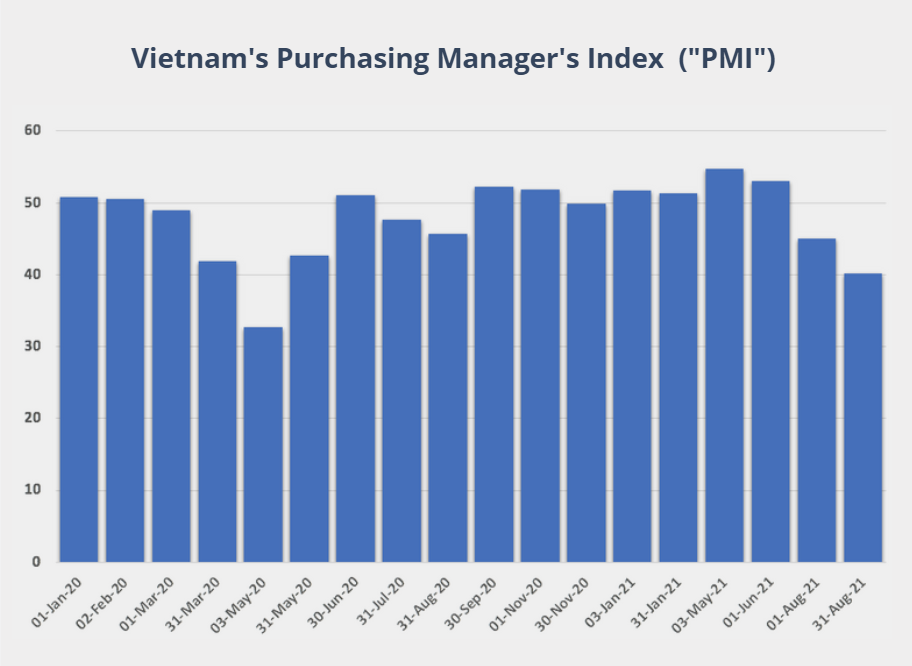 Moreover, in Ho Chi Minh City and its neighboring provinces, Vietnam’s coronavirus epicenter, many businesses remain optimistic about prospects of a gradual reopening of economic activities by mid-September, as the region has deployed a massive vaccination campaign that has already resulted, after just two months, in 90.9% of the city’s population (over 18 years old) having received at least one dose of vaccine and 12.9% fully vaccinated (as of 10 September 2021).

Shifting from a “zero-COVID-19” policy toward a “Living with the Virus” strategy, similar to the model adopted by Singapore in June 2021, Prime Minister Pham Minh Chinh has recently declared that the country is preparing to adapt life to the pandemic once the country’s vaccination goal is achieved. 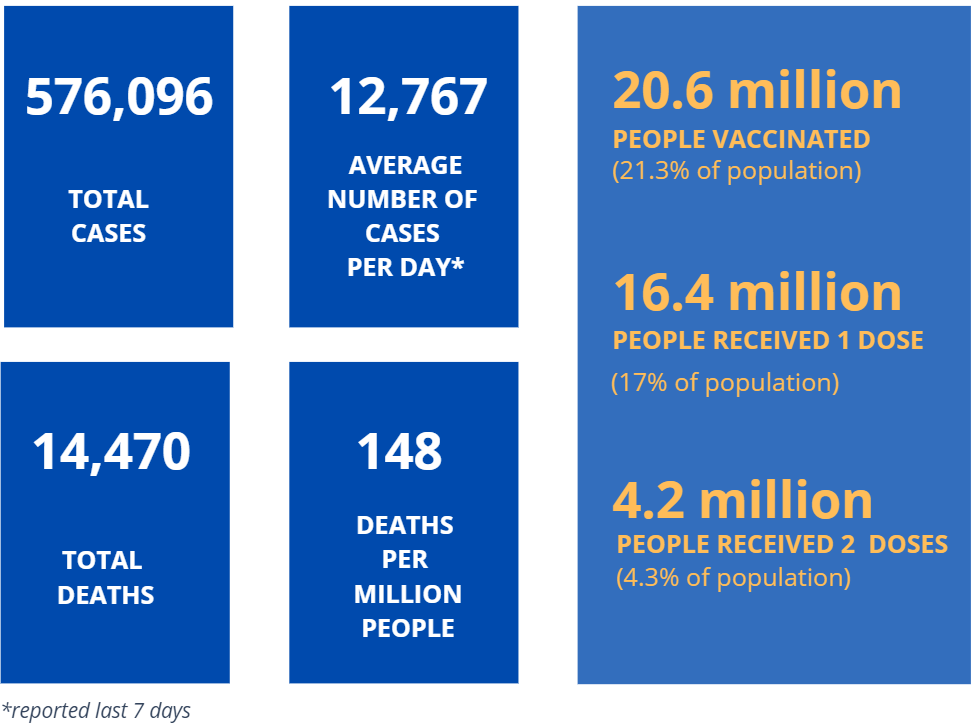 Contact us for more update on Vietnam C-19 situation

The information on this website is for general information purposes only. Nothing on this site should be taken as legal advice for any individual case or situation. This information is not intended to create, and receipt or viewing does not constitute, an attorney-client relationship.