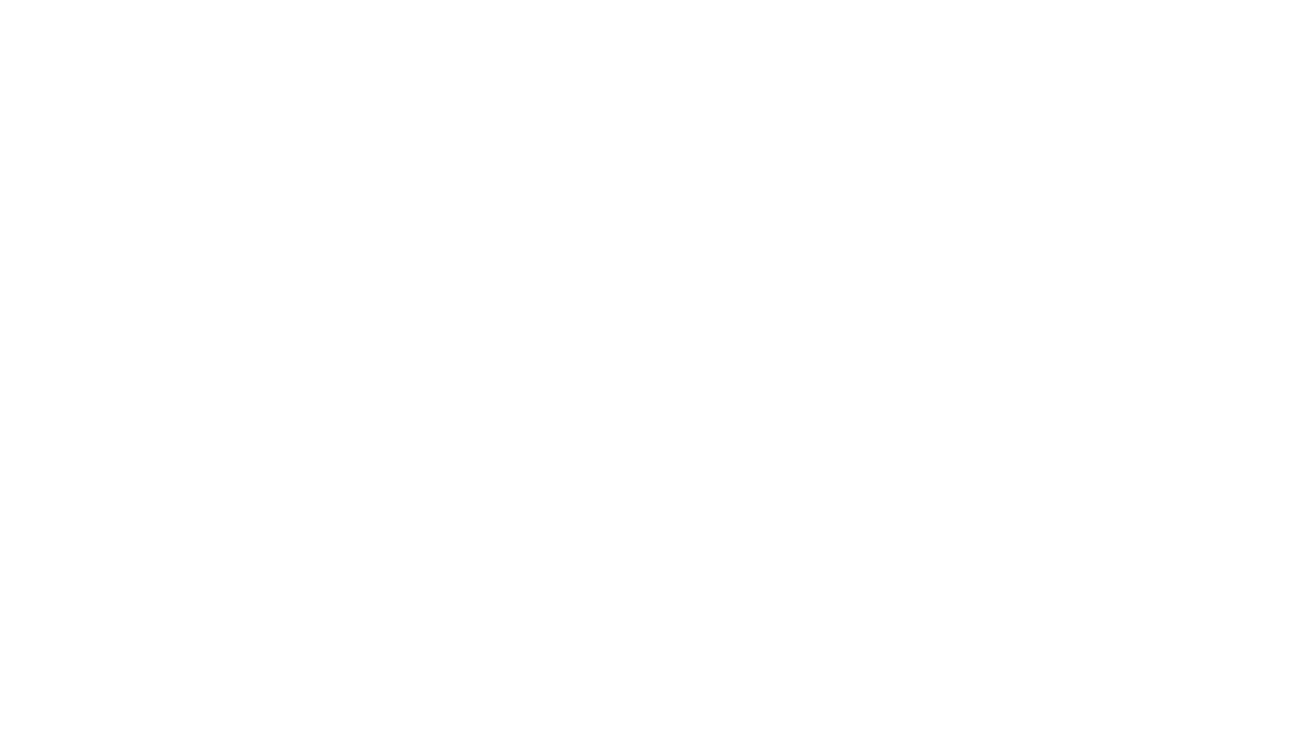 Until late April 2021, Vietnam had successfully managed to keep the COVID-19 pandemic under control, so much so that the country had been heralded as a major beneficiary of the crisis, as highlighted in our Year in Review 2020/Q1-21.

As the situation progressively deteriorated over the course of 2021, affecting the social and economic fabric of the country, Indochina Legal is dedicating a series of publications providing insights into key aspects of the development of the pandemic in Vietnam.

As the COVID-19 pandemic plunged the world into an unprecedented crisis from early 2020, Vietnam had been internationally hailed as a model for handling the pandemic, taking numerous preventive and proactive measures to ensure the successful containment of the virus, including: 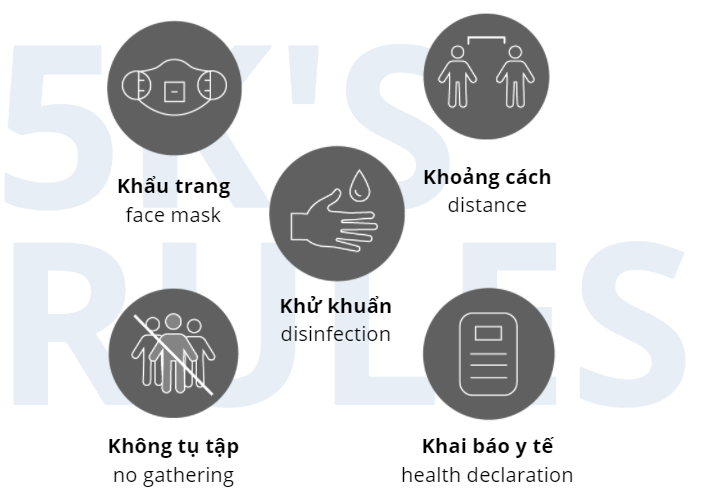 Thanks to its immediate and determined response to stop the propagation of the virus, and despite neighboring China where COVID-19 was first detected, Vietnam stood out across the world as one of the countries with the lowest number of contamination cases. As of 9 March 2021, the country had only reported a total of 2,512 cases and 35 deaths. As a result, except for border closure and social distancing, life and business could go on about as usual and Vietnam had managed to minimize the economic hit of the pandemic:

The country was even expected to be one of the most attractive destinations in the Southern Asia-Pacific region for 2021, with consensus estimate of GDP growth at 7.2%. Expectations need now unfortunately to be revised downwards. 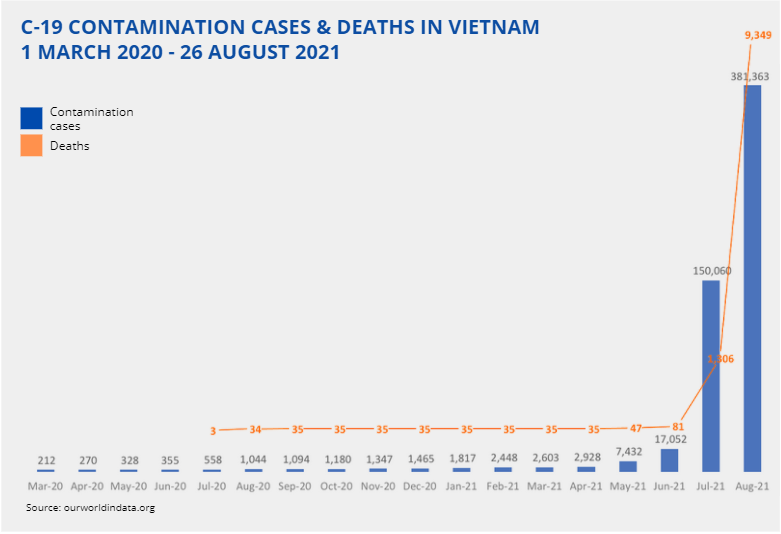 Since late April 2021, the fast spreading Delta variant has dramatically changed the situation. As of 26 August 2021, the country reported a total of 381,363 cases and 9,349 deaths, revealing an alarming spate of community transmissions. For instance, the country’s highest spike of reported cases in the single day of August 21 – 13,417 cases – is five times higher than the overall number of cases registered from the outbreak of the pandemic up to March 2021.

The current surge has been particularly challenging as the infections are scattered across the country with initial sources affecting certain industrial zones in Northern Vietnam. However, Ho Chi Minh City and its surrounding provinces (Binh Duong, Dong Nai and Long An) have rapidly turned to be hit the hardest, becoming COVID-19’s epicenter of the country.

Besides the virulence of the Delta Variant, the reason for Vietnam’s current hardship might be the country’s overconfidence in its tracing, isolation and quarantine strategy, at the expense of its vaccination campaign. Indeed, as of May 2021, only 950,500 vaccine doses had been administered, representing a tiny 1% of the population.

Faced to this situation, Vietnamese authorities have swiftly reversed their strategy.

First, they have deployed a massive vaccination campaign, concentrated in key economic regions, including first of all Ho Chi Minh City. In just two months (July-August 2021), the number of persons that have received at least one dose of vaccine went from representing 3.7% to 16.3% of the national population and 80.2% of the population of HCMC as of 26 August 2021, according to the National Center for Covid-19 Prevention and Control.

Secondly, the authorities have implemented strict lockdowns, in addition to mass testing and the now usual tracing, isolation and mass quarantine. In Ho Chi Minh City, circulation restrictions have been further tightened, from 23 August until 6 September 2021 (subject to extension), in an effort to control the pandemic by mid-September. Under the latest decision of the People’s Committee of HCMC, people in areas classified as “high” (orange) and “very high” (red) COVID-19 risks are not allowed to leave home, having food and essential products delivered to them by the authorities (in some areas the Army, but usually by grass-root organizations), while people in safe (green) and low-risk (yellow) areas are supposedly allowed to go out once a week to buy food and medicine, or in cases of extreme emergency.

While the situation has taken a sinister turn, Vietnam is still generally faring relatively better than its peers in South East Asia (except Singapore), including Indonesia, Thailand, Malaysia and the Philippines.

Overall, with 3,700 contaminations cases and 91 deaths per million people, Vietnam ranks 63th in number of contamination cases and 52nd in number of deaths out of 155 countries, while being the 15th most populous country in the world, according to the Johns-Hopkins University.

It remains that besides the sanitary and human costs, the pandemic has already taken a heavy toll on the country’s economy, with disruption of production and supply chains, but also on the living of many people, including factory and informal workers. Hence, the high expectations that the strong response to the surge will shortly prove effective, allowing the gradual re-opening of the economy and the resumption of social life.

Contact us for more update on Vietnam C-19 situation

The information on this website is for general information purposes only. Nothing on this site should be taken as legal advice for any individual case or situation. This information is not intended to create, and receipt or viewing does not constitute, an attorney-client relationship.